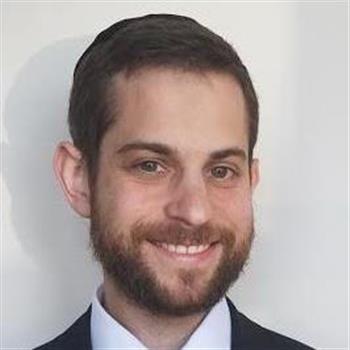 Born in West Hartford, Connecticut, Rabbi Rutstein has been teaching Judaics at HHAI since 2016. Prior to moving to Indianapolis, he taught Judaic studies at the Halpern Akiva Academy in Calgary, Alberta Canada. The Rutstein's spent five years living in western Canada, in the foothills of the beautiful Canadian Rockies. Before moving to Calgary, Rabbi Rutstein taught at the Hebrew Academy of Long Beach, on Long Island, for one year.

Rabbi Rutstein spent two years of intensive Torah study in Israel, at Yeshivat Kerem B'yavneh, a Hesder Yeshiva where the Israeli students split their time over the course of five years learning Torah and serving in the IDF. It was there that he gained his strong love for the land of Israel as well as learned how to speak Hebrew. After returning from his studies in Israel, Rabbi Rutstein received his BA in Psychology from Yeshiva University and subsequently received a Masters in Jewish Education from the Azrieli Graduate School of Jewish Education of Yeshiva University. After graduation, Rabbi Rutstein joined the Yeshiva Gedola Of the Five Towns, before getting married and joining the yeshiva's community kollel, where he was responsible for delivering classes to adults as well as studying one on one with memebers of the community.

During his time at YU, Rabbi Rutstein also spent time mentoring teens as an NCSY advisor for the Vancouver chapter of NCSY, which, as part of the Northwest chapter of NCSY, served the greater northwest region of the United States and western Canada, including Seattle, Portland, Vancouver, Calgary and Edmonton. He also spent two summers in the Los Ageles and Memphis communities as part of YU's summer kollel learning program.

Rabbi Rutstein, with his wife, Tzirel, have been blessed with 6 wonderful children, 5 of whom are currently enrolled at HHAI.